Have any questions?Email Us Call Us

US Architect of the Capitol releases AR App Designed by Envision 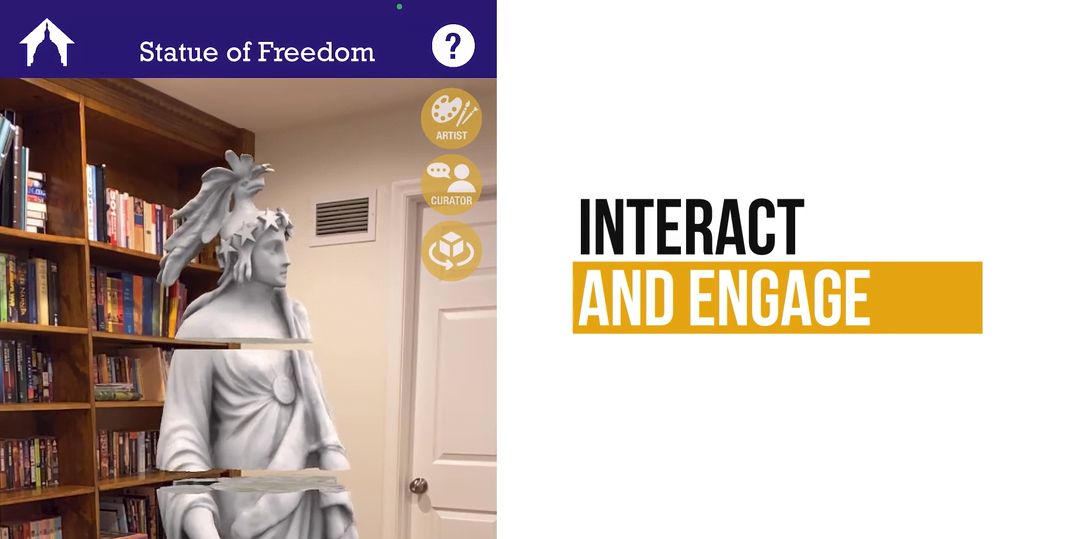 Engage with interactive content to learn about these individuals and the artists who commemorated them. See Helen Keller, King Kamehameha, Jack Swigert, Sojourner Truth, Sarah Winnemucca, and the Statue of Freedom in a new way!

Inside the app, users can resize, rotate, and walk around each statue to explore the sculpture up close. After completing special activities, users will engage with app “rewards” such as haptic technology that makes mobile phones vibrate or unique multimedia experiences. For example, the activity featuring NASA astronaut John “Jack” Swigert, Jr., includes the actual recording of Swigert’s historic radio message to the control room during the Apollo 13 mission. Users can also learn information about the artists who sculpted each historical figure from the Curator for the Architect of the Capitol. The AR app can be downloaded from the Apple App Store or Google Play from the following links:

“Envision’s AR technology immerses users in an interactive experience that tells the stories of diverse American heroes featured at the U.S. Capitol Visitor Center,” said Envision President and CEO, Alexander Cortez, Jr. “We see a lot of potential for AR in the tourism industry, particularly for museums where visitors want to learn more about exhibits before, during, and after their trip.”

We are committed to establishing a strategic partnership with each client.